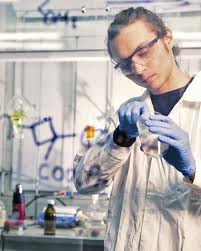 Lead identification/optimization is the one of the most important steps in drug development. The chemical structure of the lead compound is used as a starting point for chemical modifications in order to improve potency, selectivity. Potency, efficacy and selectivity are not the only needed characteristics of a drug; the drug has to have certain pharmacokinetic parameters so as to be involved in further drug development Once a molecule is identified, the next step is to check its ADMET (Adsorption, Distribution, Metabolism, Excretion and Toxicity) properties. If the molecule has no toxicity and no mutagenicity either, it has potential for use as lead molecule. Further optimization gives better quality of lead molecules. These may subsequently be developed as drug(s)

New compounds that show promising therapeutics potential based on the biological activity are subject to further studies aimed at developing a promising pharmaceutical candidate for preclinical studies and clinical trials.

• Ability to formulate satisfactorily for administration

• Freedom from an idiosyncratic problem.