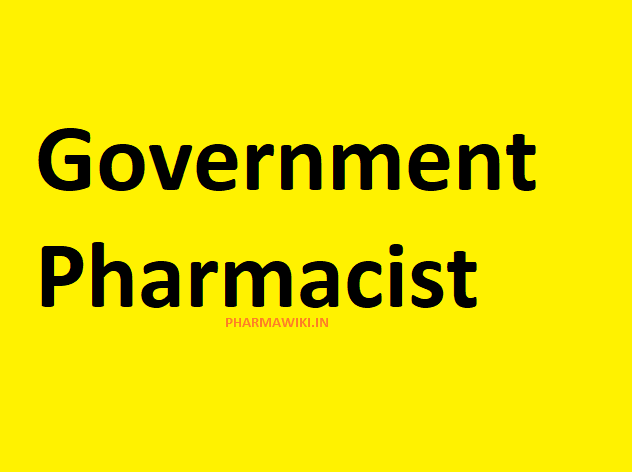 General Studies and Mental Ability
FINAL KEY
Q.1. The term ’16 + 1’ Countries refers toChina and Central and Eastern European Countries
Q.2. With which body Indian Army has signed MoU for construction of tunnel in China
and Pakistan borders?
National Hydroelectric Power Corporation Ltd.
Q. 3. How many states have started Operation Night Riders?
3
Q.4. 5 Indians were appointed as members of technical committees of Asian
Gymnastic Union. Who was not one among them?
Dipa Karmakar (Women’s Artistic Gymnastics)
Q. 5. With reference to Hyperloop. Which of the following statements is/ are correct?
a. It is a proposed transport system where pods would travel at high speeds in a
near vacuum tube.
b. Maharashtra government has signed an agreement to build a Hyperloop
between Mumbai and Pune.
Select the answer using the code given belowBoth a and b
Q.6. Where was Cyber Exercise on ‘Scenario Building & Response’ held?
New Delhi
Q. 7. Which country has built first artificial Crater on an asteroid?
Japan
Q.8. Which one of the following is not correct?
The breaking apart of the nucleus of an atom is called fusion.
Q.9. Which phase change has the same magnitude of energy to the heat of
vaporization for water?
Condensation
Q. 10. Which planet stays the closest to Earth the longest?
Mercury
Q. 11. Who discovered D2O
Harold C. Urey
Q. 12. Which one is the sound of Mosquito?
Whines
Q.13. With reference to ‘Ozone Layer’, which of the following statements is/ are
correct?
a. This layer is found in the stratosphere that is above the Troposphere and
below the Mesosphere.
b. Ozone layer was discovered by French physician Charles Fabry in 1913.
c. Chlorofluorocarbons contribute to depletion of the ozone layer.
All a, b and c
Q.14 . Which is the largest bone in human body?
Femur
Q.15. With reference to ‘The Partition of India and Pakistan’, which of the following
statements is/ are correct?
a. Cyril Radcliffe designed the border between the two countries who had no
knowledge about anything except the geographical layout of the country.
b. After the partition, Pakistan got 1/4th of the Indian Army, 2 out of major 6
metropolitan cities and 35% of the Indian Railways lines.
c. Pakistan got Independence on the 14th and India on the 15th of August
because Lord Mountbatten wanted to personally attend both Pakistan’s and
India’s Independence ceremony.
d. The Father of the Nation, Gandhi was not present in Delhi during the partition.
Instead, he was in Calcutta, on August 15, 1947, where he prayed,
confronted rioters and worked with Huseyn Shaheed Suhrawardy to stop the
communal killing.
Codes:
a, c and d
Q. 16. Consider the following statements with respect to ‘Parliament House’-
a. The shape of the building is circular, which is based on the Ashoka Chakra.
b. The parliament consists of two halls- Lok Sabha (House of People), Rajya
Sabha (the Council of States).
c. The Parliament House is located in New Delhi. The construction of buildings
took six years and the opening ceremony was performed on 18 January 1927.
Which of the above statement is incorrect?
Only b
Q. 17. Which of the following statement is not correct about ‘Election ink’?
It was first used in India 1960 in Mysore Karnataka.
Q. 18. “There shall be a President of India”, it is described in the article52
Q.19. India has a parliamentary system of Government. Which of the following are
the necessary features of Parliamentary government?
a. Majority Party Rule
b. Political Homogeneity
c. Collective Responsibility
d. Prime Minister as the Centre of Power
c, d and a
Q. 20. Who among the following proposed the suggestion for a Constituent
Assembly first in 1935?
M.N. Roy
Q. 21. In which planet’s moon Titan has 100m deep methane lakes?
Saturn
Q. 22. Which of the following statements is/are correct about Ganga River System?
a. The Ganga river system is the largest in India having a number of perennial
and non-perennial rivers originating in the Himalayas in the north and the
Peninsula in the south, respectively.
b. It rises from the Gangotri glacier near Gaumukh in the Uttarkashi district of
Uttarakhand. Here, it is known as the Bhagirathi.
c. At Devprayag, the Bhagirathi meets the Alaknanda; then after, it is known as
the Ganga.
d. Ludhiana is located on the water divide between Indua and Ganga.
a, b and c
Q.23. Read the following statements:
a. The line that separates day and night is called the terminator, also referred to
as the “grey line” and the “twilight zone.”
b. The terminator is a circle with a radius that is approximately that of Earth.
c. The terminator passes through any point on Earth’s surface twice a day, at
sunrise and at sunset
Which of the above statement is/ are correct?
Both a and c
Q.24. Which among the following is the largest Lok Sabha constituency in India in
terms of area?
Ladakh
Q.25. Which among the following is the largest Lok Sabha constituency by number
of voters?
Malkajgiri
Q.26. Arrange the following Indian States in decreasing order of coastlinea. West Bengal
b. Kerala
c. Karnataka
d. Odisha
b, d, c, a
Q. 27. Which important latitude divides India in about two equal parts?
230 30’ North
Q.28. With reference to Andhra Pradesh, which of the following statements is/ are
correct?
a. Yeduguri Sandinti Jaganmohan Reddy is the second chief minister of Andhra
Pradesh, post its bifurcation.
b. Andhra Pradesh shares boundaries with Telangana in the north-west,
Chhattisgarh in the north, Odisha in the north-east, Tamil Nadu in the south
and Karnataka in the west.
c. The largest city in Andhra Pradesh is Visakhapatnam.
d. Andhra Pradesh has the third-largest coastline among the states of India.
a, b, and c
Q. 29. Consider the followinga. The Kanaka Durga Temple of Vijayawada is located on hill of Indrakeeladri in
Vijayawada on the banks of Krishna River.
b. The temple was constructed for Goddess Durga by Arjuna.
Which of the statements given above is/ are correct?
Both a and b
Q.30. How much is the difference between Indian Standard Time and Greenwich
Mean Time?
+ 5

A B C D
i iv ii iii
Q.132. The length of a line was measured during survey of an APSRTC site with a 20
metre chain. The length of the line was found to be 250 metres. What is the true
length of the line if the chain was 10 cm too long?
251.25 metres
Q.133.The length of a survey line measured with a 20 m chain was found to be 475
m. The true length of the line was known to be 476.20 m. What is the error in the
chain?
0.05 metres
Q.134. Chord scales are used to ________
Measure and set out angles
Q.135. Zero circle is a term pertaining to
Planimeter
Q.136. Any surface parallel to the mean spherical surface of the earth is a
Level Surface
Q.137.Which out of the following is NOT a levellng instrument?
Theodolite
Q.138. One of the following is a parameter in estimation of Ease of Doing Business :
Single Window System
Q.139. Land reform for recording the names of share croppers :
Operation Barga
Q. 140. Indexation benefits on Capital Gains are adjusted by means of a
Cost Inflation Index
Q.141. At the height of economic growth , if unemployment of labour increases , it is
called :
Jobless growth
Q.142. One of the following is Crypto currency :
Etherium
Q.143. Paritala in Krishna District is known for
Diamonds
Q.144. What is Bombay High Field known for ?
Oil deposits
Q.145. What divides Kathiawar Peninsula from South-Eastern part of Gujarat ?
Gulf of Khambhat
Direction (Q. Nos. 146 – 150): In each of the following questions, four words have
been given out of which three are alike in a certain way and one is different. Choose
out the odd one.
Question Number: 146
Hot
Question Number: 147
South – west
Question Number: 148
63
Question Number: 149
372164
Question Number: 150
57