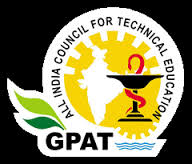 Clearing competitive exams like GPAT 2014, NIPER-JEE, MANIPAL, BITS etc will be difficult from this year as the number of candidates appearing for especially GPAT 2014, is expected to be very high. The recent reduction in number of seats at NIPERs is a cause of anxiety for many. With many coaching academies for GPAT and NIPER springing up in the past couple of years, the rat race to grab top ranks has intensified. GPAT 2014 is fast approaching and most of the final year students must be gearing up with the preparation. At Pharmawiki, you will find expert guidance on preparing for GPAT 2014 and other exams. Clearing GPAT 2014 will be easier with our study plans and time management tips. As GPAT 2014 is online exam, time management will be very important to get a good score. We will try our best to gather maximum questions from previous GPAT exams that will give you an idea of expected questions and topics for GPAT 2014. Unlike many other online resources on GPAT 2014, you will find that our approach is unique and different. It is our aim to provide free information on GPAT 2014 and other exams which we will definitely achieve.
Post Title

Preparing for exams like GPAT 2014 requires careful assessment of one’s knowledge in various subjects taught in UG course. As GPAT 2014 is based on the syllabus of B.Pharm course, it is important to get a strong foothold on the basics of all subjects. A lot will depend on the books that should be referred so as to get thorough knowledge. It is always better to prefer books from renowned authors from abroad to prepare for GPAT 2014. Many question banks are also available which can prove to be very useful for preparation. For more updates on GPAT 2014, visit this space regularly.