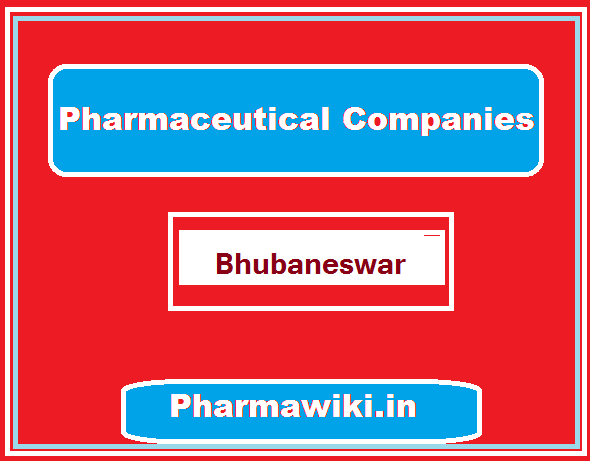 Bhubaneswar Pharma companies List: Today, in India the pharmaceutical industry can be characterised as a high-technology industry with very deep historical roots – which were less scientific at least when considered with today’s measures – dating back to the ancient Egyptians. Cuttack-Bhubaneswar region constitutes the most developed part of Orissa as this zone is considered as the business centre of the state.  The first pharmaceutical unit in the area emerged under the patronage of Utkal Gourav Madhusudan Das in the early 20th century. Till date, the existing oldest pharmaceutical cluster is M/s Novo Pharmaceuticals Pvt. Limited, Industrial Estate Cuttack. The units started were thriving primarily through the supply of drugs from outside the state. As the state is most vulnerable to natural calamities and the government requires an adequate supply of drugs for calamity-hit areas within 1-2 days, dependency on the outside firms wasn’t the solution. The promoters of the unit visualized the scenario and opted for setting the pharmaceutical industry with purely manual manufacturing processes. Since mid-80’s, the semi-mechanised process was adopted and the number of units has been steadily increasing, owing to the orders received from the State government and other public sector institutions for their in-house hospitals and dispensaries as well the demand of medicines in the low-end rural markets of the state.

Here we are showing the list of core firms of the pharmaceutical industry of Bhubaneswar:- Overall 54 pharmaceutical units are running in the region. They are manufacturing both generic as well as proprietary drugs and formulations. Most industries are engaged in the manufacturing of products for the general ailments like malaria, filaria, gastroenteritis, diarrhoea, etc, which are prevalent in Orissa. As such they are much dependant on the local market and government purchases, in particular. However, 4 units thrive exclusively on the open market and have their limited presence in neighbouring states. Among the main proprietor owned units, there is one state-run unit (ODCL) co-owned by IPICOL and IDPL which has been declared as a sick unit and referred to BIFR for compensation. The unit possesses huge plant and machinery resources lying un-utilized. The estimated employment being provided by the cluster is to about 1000 persons directly and to another 500+ persons indirectly.