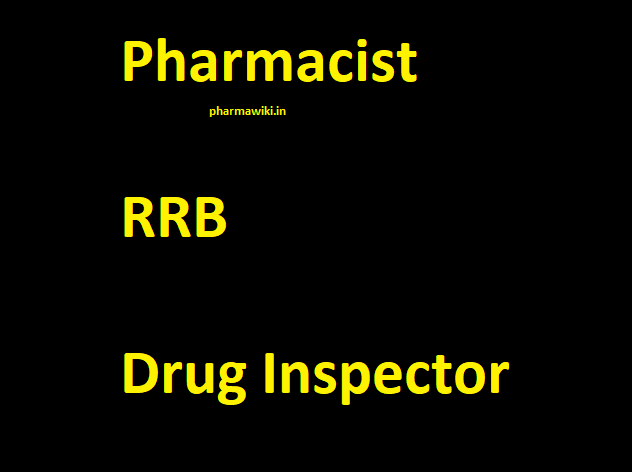 4 1 3 2
Question Number: 96
Which one of the following States has more than two major ports?
Tamil Nadu
Question Number: 97
Which is the longest River of Peninsular India?
Godavari
Question Number: 98
In a row of children facing North, Ritesh is twelfth from the left end, Sudhir who is twentysecond from the Right end is fourth to the right of Ritesh. Total how many children are there in
a row?
37
Question Number: 99
If the letters in each of the following five groups of letters are rearranged in the alphabetical
order and then the groups of letters so formed are rearranged as in a dictionary, which letter
group would have its group of letters in the “MIDDLE” among the five letter groups?
MEET, DEAF, ROAD, CODE, LACK
ROAD
Question Number: 100
T, Q, R, W and E are sitting in a straight line. T sits between Q and R. W do not sit in the
middle and is the immediate left of E. Q and E occupy the extreme positions.
Find the position of W with reference to R.
Immediate right
Question Number: 101
Look at this series: 53, 53, 40, 40, 27, 27, … What number should come next?
14
Question Number: 102
In a lake, there are 10 steps labelled using alphabets from A to J. Starting from step A, every
minute a frog jumps to the 4th step from where it started., i.e.; from the step A it would go to
step E and from E to the step I and from I it would go to C etc. where would be the frog be at
the 60th minute if it starts at the step A?
A
Question Number: 103
In the following question, choose the correct code form.
If ‘air’ is called ‘green’, ‘green’ is called ‘red’, ‘red’ is called ‘sea’, ‘sea’ is called ‘blue’, ‘blue’ is called
‘water’ and ‘water’ is called ‘pink’, then what is the color of grass?
Red
Question Number: (104 to 106)
Question Label: Comprehension
Answer the following questions based on these data:
Four people A, B, C and D went to four different places which is Kerala, Delhi, Goa and Gujarat
by different transports as follows- Train, Car, Aeroplane and Bus. The person who travelled to
Delhi did not travel by Bus. C travel by Aeroplane and went to goa. A went to Kerla by Car and
D travel by Bus.
Refer the above for the Questions 98 to 100
Question Number: 104
The person who travels by Train?
Is going to Delhi
Question Number: 105
Who among the following travels to Gujarat?
D
Question Number: 106
The person who travels by car is?
Going to Kerala
107. The Twelfth Five Year Plan also indicates the consequences of failing to make any significant
progress by outlining a Scenario 3 and it is called as:
Policy logjam
108. As per Twelfth Five Year Plan document, In India, the percentage of households with
electricity has increased from 56 in 2001 to:
67 in 2011
109. In which Five year Plan document of of India, it was stated first time, that the producer of
food grains must get a reasonable return?
Third Five Year Plan
110. The market value of national output measured in base year prices is known as:
Gross National Product at constant prices
111. Personal income less disposable income is equal to:
Direct taxes
112. Which of the following is true in relation to rural poverty, in India in 2011-12, based on Head
Count Ratio Method?
The rural poverty in India was around 25.7%
113. The difference between urban and rural average monthly per capita expenditure, in India in
2011-12, was around:
Rs 1200
114. According to population census 2011, in India, the number of persons with disabilities
constituted:
2.2 percent of the total population
115. Among the following four sectors, the contribution of which sector was the highest in overall
employment increase in India, between December 2014 and December 2015?
Information Technology/ Business Process Outsourcing
116. Which of the following is the Sustainable Development Goal-1?
No Poverty
117. In relation to poverty alleviation in rural India, ‘Supply of Improved Toolkits to Rural
Artisans’(SITRA) was a sub-scheme of:
IRDP
118. The growth rate of India’s agriculture and allied sectors in 2015-16 at 2011-12 prices was
around:
0.7%
119. Which of the following was introduced by the government of India, for providing fertiliser
subsidy on Pilot basis, from October-2016?
Direct Benefit Transfer system
120. The green revolution in Indian agriculture was not driven by:
Use of traditional variety of seeds
121. The percentage of operational holdings owned by women in Indian agriculture in 2010-11
was:
12.8%
122. The basic reason for ‘feminisation’ of agriculture sector in India is:
Growing rural to urban migration by men
123. Government of India has identified How Many ‘Champions Sectors’ for renewed focus
under Make in India 2.0:
10
124. Start-up and Stand-up India initiative aims to promote innovation and entrepreneurship
among:
Enterprising youth in India
125. ‘Micro Units Development and Refinance Agency’ provide funds to:

128. The Securities and Exchange Board of India was established on:
12th April, 1992
129. On which one of the following items the GST council, in its 31st meeting, reduced the GST
rate from 12% to nil?
Music Books
130. The chairman of the Thirteenth Finance Commission:
Vijay Kelkar
131. Which of the following is true in relation to Ayushman Bharat ?

It will provide health care coverage up to Rs 5 lakh per family per year for
hospitalization
132. The left canal of Polavaram Irrigation Project, once completed, will provide irrigation
benefits to:
East Godavari and Vishakhapatnam districts
133. Prakasam district in Andhra Pradesh will get irrigation facility through:
Gundlakamma Reservoir Project
134. Andhra Pradesh Integrated Irrigation and Agriculture Transformation Project (Phase-II)
funded by :
World Bank
135. According to the inaugural edition of ‘State Energy Efficiency Preparedness Index’ Andhra
Pradesh was categorised as:
‘Front Runner’
136. In Andhra Pradesh, Ultra Mega Solar Park-II is being set up at:
Talaricheruvu village in Ananthapuram district
137. In which district of Andhra Pradesh, the proposed port at Duggarajapatnam is located ?

140. The objective of which of the following, in Andhra Pradesh, is to provide quality branded
generic medicines at affordable prices to all the people?
Anna Sanjivini Project

141. Andhra Pradesh State has announced Industrial Investment Promotion Policy for the
period:
2015-20
142. The amount of assistance provided by the central government for the development of
backward districts in Andhra Pradesh during 2016-17 was:
At the rate of Rs 50 crore for Seven Districts
143. To bridge the resource gap of Andhra Pradesh for the financial year 2014-15, the
assistance released by the central government to Andhra Pradesh from 2nd June 2014 to till
2016-17 was:
Rs 3979.50 crore
144. At which village of Kadapa district of Andhra Pradesh state, foundation stone was laid for
the construction of a steel plant in December-2018?
At M. Kambala Dinne village of Myalavaram Mandal
145. The foundation stone for the People’s capital ‘Amaravati’ was laid on:
22nd October 2015
146. Under which section of the A P Re organization Act, the Central government provides
Special financial support for the creation of essential facilities.
DELETED
147. The right to recover arrears of any other tax or duty shall be to the successor States in
whose
Territories the place of assessment of that tax or duty is included in bifurcation as per
Section 50 of the Act
148. What is the percentage of Debt/GSDP Ratio (2013-14) of Residuary A.P?
19.4

Question Number: 149
Pointing towards a person in a photograph, Ankita said, “He is the only son of the father of my
sister’s brother.” How is that person related to Ankita?
None of these
Question Number: 150
Which one of the following Venn diagrams correctly illustrates the relationship among the classes:
Carrot, Food, and Vegetable?
1