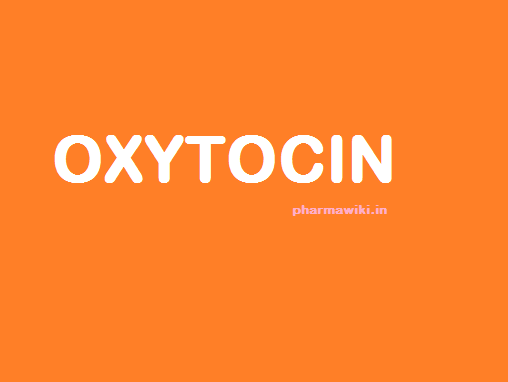 Oxytocin is a hormone, predominately belonging to mammalian family; it is secreted by the posterior pituitary gland. After its release in the blood stream it cannot re-enter the brain due to the presence of blood brain barrier .Oxytocin is a hormone that has both peripheral and central actions. y are synthesized in the magnocellular neurons present in the supra–optic and Para –ventricular nucleus present in the hypothalamus. The universally known functions would include its role at the time of labour and ejection of milk. The functions which remain partially unknown are in erectile responses, ejaculation, bonding, and feeling of love and maintenance of eye contact during a conversation.

Functions and roles of Oxytocin:

Oxytocin plays a key role in establishing trust , falling in love , parturition , milk ejection, mother – child bond , erection and ejaculatory response in males. Oxytocin insuffiency is leads to increased stress and sleep disturbances. The solution to the above mentioned problem lies in creating a drug which can mimic the functional properties of Oxytocin, which was achieved. Oxytocin has been widely used in the field of gynaecology to induce labour. It is also administered to patients i.e. mothers who are unable to produce milk after parturition. The invention of Oxytocin nasal sprays is not unknown. Recommended doses when administered to autism patients are proven to increase the sense of trust at the time of communication.

Oxytocin is administered as a slow intravenous infusion (to induce or augment labour), or as a single intramuscular or intravenous injection to help prevent and treat uterine atony and postpartum haemorrhage. In pregnant women, oxytocin is metabolised very quickly in the maternal circulation by an aminopeptidase enzyme which cleaves the protein leaving it without biological function. This oxytocinase activity is also seen within the placenta and uterine tissue, and activity increases throughout pregnancy where at term the half -life of oxytocin is between 2 and 20 minutes.

The main side effects are related to overstimulation of the uterus which can compromise the placental blood supply and fetal well-being, and can also contribute to rupture of the uterus especially in women who have had a previous caesarean delivery. Oxytocin is similar in structure to Vasopressin which is also produced by the posterior pituitary, and prolonged administration with intravenous fluids may lead to fluid overload, pulmonary oedema and water intoxication.

It has a molecular formula of C43H66N12O12S 2. They are commercially available as intravenous and intramuscular injections , nasal sprays and sublingual tablets .The commonly used Anirudha kabilan /J. Pharm. Sci. & Res. Vol. 6(4), 2014, 220-223 221 drug types are pitocin and syntocinon, the chemical resemblance to Oxytocin makes them an ideal drug of choice for various cases for example at time if parturition . Pitocin is composed of oxtocic acid/ml along with chlorobutanol , a chloroform derivative. However medical supervision is mandatory to rule out the onset of complications (20,31). The general uses of these Oxytocin drugs would include induction of labour .Under appropriate level , at the time delivery, Oxytocin binds to the receptors present in the myometrium , activates the pathway of hydrolysis of phoshotidyl inositol and diacyl glycerol, there by activating the same. This activation causes the release of intracellular Ca+ which causes contraction of the uterus .In conditions associated with low level of Oxytocin production this process is carried out by Oxytocin drugs (29, 27) Incase of people suffering from autism, administration of pitocin is said to reduce repetitive behaviour and also enhances speech. Few researches have proved the improvement of trust in people affected by autism when they were given pitocin nasal sprays. It also enhances eye to eye contact in these individuals. Pitcoin helps in social interaction in people who suffer from schizophrenia . So pitocin may not only combat hallucinogens and psychosis, but also make human interaction easier . Being a new field if research there is not enough evidence to prove the role pitocin in both autism and schizophrenia. Further, they are also used to cure problems in erectile responses, ejaculation, depression, anxiety, and stress management

Which of the following abnormalities of labor is associated with a significantly increased incidence of neonatal
morbidity?
a. Prolonged latent phase
b. Protracted descent
c. Secondary arrest of dilation
d. Protracted active-phase dilation
Answer: c (Secondary arrest of dilation)
Explanation:
Three significant advances in the treatment of uterine dysfunction have reduced the risk of perinatal morbidity (PNM) and
mortality: (1) the avoidance of undue prolongation of labor, (2) the use of intravenous oxytocin in the treatment of some patterns
of uterine dysfunction, and (3) the liberal use of cesarean section (rather than midforceps) to affect delivery when oxytocin fails.

Management of obstructed labor includes all, except:
[AIIMS May 2004]
a. IV fluids
b. Oxytocin use
c. Antibiotics
d. Cesarean section
Answer: b (Oxytocin use)
Explanation:
Two main principles in management of obstructed labor are:
1. Never wait and watch.
2. Never use oxytocin.
In patients of obstructed labor, the uterine contractions (power) are always adequate.
There is a problem with the passage or the passenger.
By increasing the power (by giving oxytocin) we are increasing the risk of rupture uterus.
It is like flogging a dead horse. Uterus is already contracting, and there is no point in increasing the contractions further in
a case of obstructed labor.
The patient should be given IV fluids to correct the dehydration and ketoacidosis, which usually develops due to prolonged
labor. Patient should be given antibiotics to prevent infection, and then steps should be taken to immediately relieve
the obstruction either by instrumental deliver or by LSCS. LSCS may have to be done even if the baby is dead and if vaginal
delivery is not possible, or else rupture uterus will occur.
NOTE: In cases of prolonged labor where there are hypotonic uterine contractions, oxytocin is justified.