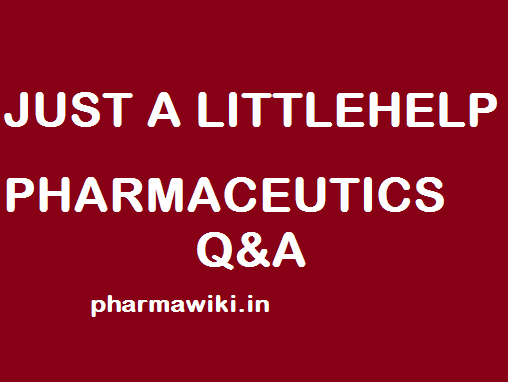 When you are trying to attend Pharmaceutics interview, you are ought to know few basic definitions and information regarding the subject. Pharmaceutics is also called the science of dosage form design.
Pharmaceutics is the discipline of pharmacy that deals with the process of turning a new chemical entity (NCE) or old drugs into a medication to be used safely and effectively by patients. If you cherish a good job in pharmaceutics field or drug making process you really need to know these below important terms used in this field.

Pharmaceutics is defined in this glossary as the science of preparation of drugs, dosage forms. and drug delivery systems, taking into account the pharmacokinetics and pharmacodynamics of the drug as well as its physical and chemical properties. Thus, many branches of chemistry such as organic, inorganic, solid-state, colloid, and surface chemistry, as well as nanotechnology and others, play roles in pharmaceutics. Even the more biologically oriented branch of pharmaceutics, i.e., biopharmaceutics, draws on chemical concepts such as (pharmaco)kinetics, absorption, dissolution, diffusion, and others.

Process by which a drug moves from its site of administration, usually across biological membranes,to the systemic circulation or its site of action in the body.
Note: Systemic absorption: uptake to the blood and transport via the blood of a substance to an organ or compartment in the body distant from the site of absorption.

Carriage of a solute across a biological membrane, which requires a suitable carrier and the expenditure of energy.

Molarity-Number of moles of solute per litre solution. Denoted with “M”

Molality-Number of moles of solute per kilogram solvent. Denoted with “m”

Normality-Number of Number of moles equivalent per litre solution.

Difference Between Disintegration And Dissolution?

Accuracy
Accuracy of a residual solvent method is evaluated by performing “spike and recovery” experiments.
Precision
The manners in which repeatability, intermediate precision,and reproducibility are accessed are similar to those used forthe impurity test for related substances.
Specificity
Specificity is determined by comparing the chromatogram obtained from a diluted THF solution to that of the drug product matrix. The method is deemed specific if there are no interferences from the matrix observed.