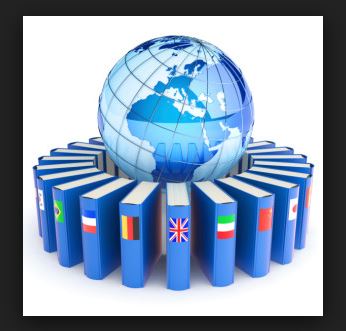 The World Intellectual Property Organization (WIPO) is one of the 16 specialized agencies of the United Nations. WIPO was created in 1967 “to encourage creative activity, to promote the protection of intellectual property throughout the world.”

WIPO currently has 184 member states, administers 24 international treaties, and is headquartered in Geneva, Switzerland. The current Director-General of WIPO is Francis Gurry, who took office on October 1, 2008.

183 of the UN Members as well as the Holy See are Members of WIPO. Non-members are the states of Cook Islands, Kiribati, Marshall Islands, Federated States of Micronesia, Nauru, Niue, Palau, Solomon Islands, Timor-Leste, Tuvalu, Vanuatu and the states with limited recognition. Palestine has observer status.

Amongst the many roles that WIPO carries out to support the worldwide promotion of intellectual property rights, is its role in the administration of specific treaties and conventions. The international protection for trademarks,industrial designs and appellations of origin is carried out through three registration systems: The Madrid System for trademarks, the Hague System for industrial designs, and the Lisbon Agreement for the protection of appellations of origin

What does WIPO do?

The activities of WIPO are basically of three kinds:

All these activities serve the overall aim of WIPO, namely, to maintain and increase respect for intellectual property throughout the world, in order to promote industrial and cultural development by stimulating creative activities and facilitating the transfer of technology as well as the dissemination of literary and artistic works.

1. Assistance to developing countries constitutes the first pillar of WIPO’s activities, and takes the form of
training (groups and individuals, in general or specialized courses, seminars to provide for an exchange of information and experience),
promotion of creative activities and of technology transfer,
the provision of technological information contained in patent documents,
the provision of advice on laws and regulations as well as
the management of industrial property offices and copyright collective administration societies, as well as
the provision of equipment.

2, The second pillar relates to activities in the setting of international standards and norms for the protection and administration of intellectual property. They are concerned with revision of existing treaties or creation of new ones,
simplifying procedures at the national, regional or international levels for the granting of intellectual property rights,
the effective enforcement and protection of such rights,
the efficient management of collections of industrial property documents used for search and reference, and devising means for making access to the information they contain easier;
the maintenance and updating of international classification systems,
the compilation of statistics;
collection of laws on industrial property and copyright law administration.

Under this heading could be included the work of the WIPO Arbitration and Mediation Center. Promotion of the acceptance–or wider acceptance–of treaties, by countries is also an important activity of WIPO.

Such activities are financed normally from the fees paid by the applicants, which account for about 85% of the annual total income of WIPO for the 1996/97 budget. The rest of the budget is covered mainly by contributions from member States under various treaties administered by the Organization, as well as by the sale of publications and miscellaneous income.

WIPO’s revised and expanded strategic goals are part of a comprehensive process of strategic realignment taking place within the Organization. These new goals will enable WIPO to fulfill its mandate more effectively in response to a rapidly evolving external environment, and to the urgent challenges for intellectual property in the 21st Century.

The nine strategic goals were adopted by Member States in the Revised Program and Budget for the 2008/09 Biennium [PDF].  They are:

The objectives of WIPO are, firstly, to promote the protection of and the respect for intellectual property throughout the world through cooperation among States; and, where appropriate, in collaboration with other international organizations; secondly, to ensure administrative cooperation among the intellectual property Unions established by the treaties that are administered by WIPO

The treaties administered by WIPO fall into three groups.

Revising these treaties and establishing new ones are tasks which require a constant effort of intergovernmental cooperation and negotiation, supported by a specialized secretariat. WIPO provides the framework and the services for this work. Recent examples of such work include the above-mentioned Madrid Protocol and Trademark Law Treaty, which entered into force on December 1, 1995, and August 1, 1996, respectively. Currently, at least four possible treaties are being negotiated under the aegis of WIPO: The proposed Patent Law Treaty, a possible Protocol to the Berne Convention, a possible Treaty on Neighboring Rights and a proposed Treaty on the Settlement of Disputes between States in the Field of Intellectual Property.

Why is an intergovernmental intellectual property organization needed?

Intellectual property rights are limited territorially; they exist and can be exercised only within the jurisdiction of the country or countries under whose laws they are granted. But works of the mind, including inventive ideas, cross frontiers with ease and, in a world of interdependent nations, should be encouraged to do so. Therefore, governments have negotiated and adopted multilateral treaties in the various fields of intellectual property, each of which establishes a “Union” of countries which agree to grant to nationals of other countries of the Union the same protection as they grant to their own nationals.

Functions of WIPO, History of WIPO, Simple Explanation of WIPO

What are the Unions?

The Unions administered by WIPO are founded on the treaties. A Union consists of all the States that are party to a particular treaty. The name of the Union is, in most cases, taken from the place where the text of the treaty was first adopted (thus the Paris Union, the Berne Union, etc.).