Out of many professional under graduation courses, Pharma is one such course that is studied by many aspirants all around the country.  There are many Pharmacy colleges in the India that are named and famed for their best quality education.  Today, we are here with the top list of Pharmacy colleges in India as of 2016.  The Pharmacy Council of India (PCI) is a statutory body that governs the Pharmacy education in the country.  There are many pharmacy qualifications that are regulated by the Pharmacy Act 1948.  The courses include Diploma in Pharmacy (D. Pharmacy), which is a two-year course, Bachelor of Pharmacy (B. Pharmacy), which is a four-year course, and Pharm.D, which is a six-year course.

As per PCI, the list of Pharmacy colleges and universities goes on and on.  There are many popular and named universities that offer best quality Pharmacy education the aspirants in the country.  PCI have approved many pharmacy institutions that offer diploma and other pharmacy courses to the students.  We have enlisted the ranking and the top list of the Pharmacy colleges in India here.

Manipal College of Pharmaceutical Sciences, Manipal is the top one Pharmacy colleges in India.  It is one of the private and deemed universities in India.  It is ranked first among private pharmacy institutions in the country.  It is short known as MCOPS, which is one of the premier institutions of Manipal University.  It is the first college to offer post graduation course i.e., M.Pharmacy in the state of Karnataka in 1970 and the doctor of Pharmacy i.e., PharmD in 2008 in India. 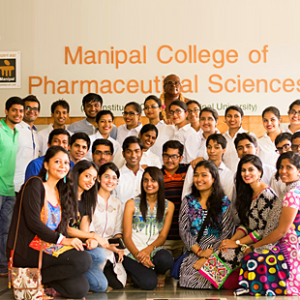 It the second top in our list.  The University Institute of Pharmaceutical Sciences is a premier institution of Pharmaceutical Education and Research in the country.  This university has a long history of 76 years.  It received two presidential honors for two faculty members.  It has established ICMR Advanced Center for Standardization of Drugs of Indian System of Medicine.

Jamia Hamdar ranks third our list of top 10 pharmacy colleges in India.  This university was conceived as a seat of higher learning in Unani Medicine, Islamic Studies, Biosciences, Pharmacy, Nursing and other areas of knowledge by its founder.  In ten years period of time, Jamia Hamdard has emerged as an outstanding institution of higher learning with distinct and focused academic programes.

This Pharmacy College takes the fourth place in our list.  Poona College of Pharmacy was established in the year 1981 by Dr. Patangrao Kadam who is the founder of Bharati Vidyapeeth.  This is a pioneer in pharmacy colleges in the area of Pune.  It is notified to have wonderful academic excellence so far.  It handles graduate, post-graduate and doctoral programmes in Pharmaceutical Sciences.

Institute of Pharmacy, Nirma University was established in 2003 with an intension to impart training at under graduate and post-graduate levels in Pharmacy.  This university also offers Ph.D. program for the Pharmacy students.  It works towards promoting excellence in pharmaceutical education and it stands top 5 in our list. Birla Institute of Technology, Mesra is a premier technical institute and deemed university that was established in 1955.  It offers undergraduate, post-graduate and Doctoral programs in Pharmaceutical Sciences.  It has become a globally recognized academic institute in consonance with the social, economic and ecological environment. It was established in 1980 with a view to provide job oriented professional courses in Pharmacy.  It offers courses like B. Pharm, M. Pharm, Pharm.D, Pharm. D (P.B), PG Diploma and Ph. D programmes.

JSS College of Pharmacy was started in the year 1973.  It is a constituent college of JSS University, Mysore.  It is the top 10th college in our list.

You can see here more

Universities offering Pharm.D in US

Top of Pharmacy Schools in USA